Toyota has bought up the Supra model once again for the year 2021. The company introduced the sports car in early 1978, and till 2002, they managed to develop four generations of it. After that, they discontinued the car, leaving its fans heartbroken. People got excited again when the company introduced the fifth generation of Supra in 2018. However, people who invested their money due to the excitement would be left a little heartbroken again, as 2021 Toyota Supra has bought some remarkable upgradations from the last models of the car. And people who could not manage to buy the previous one can finally be happy as they can try their hands on the new and developed model now.

There are several things that the buyers can find new in the 2021 Toyota Supra. Some of these new developments are:

Now, let’s move on to the more detailed specifications of the car, and see what Toyota has bought for their buyers this time.

People who have their experience with BMW Z4 will not find the interior of 2021 Toyota Supra much different. Here are a few interior specs of Supra that will remind people BMWs:

Looking at all these points makes us realize that Toyota has removed itself from the interiors of the Supra and has introduced more BMW into it. One specification that Toyota managed to make some changes into is the gauge cluster. The whole design and colors of it are just remarkable. However, it did not match the level of its competitions as it does not provide many changes when the car is turned into the sports mode.

Talking about the exterior, let’s start with some exciting specifications that 2021 Toyota Supra provides their buyers.

Engine and performance are the first things in a car that grab a buyer’s attention. As mentioned above, the new 2021 Toyota Supra offers two different engine models. One being a 3-L 6-Cylinder model, and the second being a 2-L 4-Cylinder model. Both of these models have an eight-speed automatic transmission, which is accompanied by rear-wheel drive. Also, if we look under the hood of the car, there can be a lot of BMW logos and names found. So basically, the 2021 Toyota Supra is a BMW that is sold in the name of Toyota. However, that does not scale down the car at all.

2021 Toyota Supra is the perfect car for everyone. People who love to rush with a sports car, it can turn into a speedy and sporty one for them. And people who love to go a little steady with their cars, it can turn into a regular comfortable one for them. One specification that several people might find unreasonable with Supra is that it does not offer a manual transmission. Though automatic transmission is more advanced and smooth, still a lot of people prefer the manual one over it, and Toyota should have taken care of it.

Overall 2021 Toyota Supra is way better than the previous models of Supra, but it still stands a little down as compared to other cars of the class. A few points that hold it back from being the best are:

But with the basic model 2.0 of the new 2021 Toyota Supra, the company has opened its doors for a broader range of buyers. Though the model offers a little less power, still it is an excellent option for people who want to enter the Supra range. WHat do you think about the features? DO let us know in the comment section.

Most Common Java Interview Questions to Be Prepared For 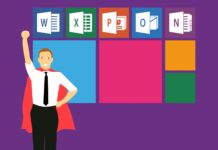 Do’s And Don’ts Of Advertising During COVID-19

Madden 21: Everything You Need To Know About This Upcoming Game